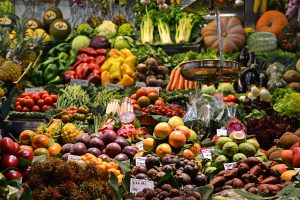 Low testosterone is becoming more and more common and we are seeing it at alarming rates in younger males.  Once a condition seen in the aging population, for the first time, many males are being diagnosed in their 20-30s!  There are many reasons for this that we will dive into at a later date but here is a list of the common reasons:

Endocrine disruptors in the environment

The truth remains that something needs to change. We could talk about any of these growing concerns, but in this article, we’ll be discussing the importance of 7 foods that may help support healthy testosterone levels. A few nutrients that are especially important to your diet are vitamin D, magnesium, cholesterol, and zinc, all of which are precursors for making testosterone, among several others.

Tuna is rich in vitamin D, which has been linked to testosterone production. It’s also a heart-healthy, protein-rich food that’s low in calories. Whether you choose canned or fresh, eating this fish can be a natural way of boosting testosterone. If you aren’t a tuna fan, you may consider other fishy sources of vitamin D, such as wild caught salmon or sardines.

Beef is naturally high in Creatine. Creatine is known for its small but reliable testosterone increases. A research study from 2006 found higher levels of testosterone in college football players after taking creatine supplements for at least 10 weeks.

Oysters are brimming with zinc, a mineral that elevates testosterone while simultaneously boosting growth factor hormone—both of which enhance muscle growth and physical performance. One Study showed that six months of zinc supplementation among slightly zinc-deficient elderly men doubled serum levels of testosterone. And another eight-week trial found that college football players who took a nightly zinc supplement showed increased T-levels and increased leg strength that was 250 percent greater than a placebo! Research has also shown deficiencies in zinc to be a risk factor for infertility caused by low testosterone levels.

Spinach is a great dietary source of magnesium, a mineral involved in muscle development that’s essential for reproductive function in men both young and old, active and sedentary. One Study that compared athletes to non-active individuals found that supplementing with 22 mg magnesium per pound of body weight of the course of four weeks raised testosterone levels in both groups. Two separate studies, one on a group of men over the age of 65 and a second on a younger 18-30 year old, present the same conclusion: levels of testosterone (and muscle strength) are directly correlated to the levels of magnesium in the body. Spinach is easy to make a quick salad with or you can add it to a smoothie!

Egg yolks are another rich source of vitamin D but the hormone boost from eggs comes primarily from the yolks, which are rich in dietary cholesterol, a nutrient once demonized by health experts that has since proven to positively influence waistlines and hormone-health. In fact, studies on vegetarian and low-fat diets both show reduced testosterone levels of about 12 percent. Where higher fat diets of at least 40 percent of calories, with a higher intake of saturated fat, show increased testosterone levels. Why? It’s not rocket science. I previously mentioned that cholesterol makes up the building blocks from which testosterone is formed; without it, the hormone simply can’t synthesize. In addition to essential fatty acids, a whole egg is rich in aspartic acid, an amino acid that triggers production of testosterone. And remember: the quality of fatty acids you get will only be as good as the quality of your eggs, so splurge on organic.

The allicin compound found in garlic lowers levels of the stress hormone cortisol, in turn allowing testosterone to do its thing. Studies also suggest a compound in garlic triggers the release of luteinizing hormone, which regulates production of testosterone. One study showed supplementing with garlic as part of a high-protein diet could substantially boost testosterone levels. In addition, a recent animal study found just 1 gram of onion per kg of body weight could boost T-levels by over 300 percent in just 20 days! Garlic and onions both contain the chemical diallyl disulfide, which stimulates the release of a hormone that spurs the production of testosterone. Don’t be afraid to cook with a few cloves in almost any meal!

Cruciferous vegetables like broccoli are rich in indoles, compounds that indirectly boost testosterone production by breaking down and flushing the system of excess estrogen, which inhibits the production of male sex hormones. As men age, their estrogen levels gradually rise, while testosterone levels fall. This can be heavily influenced by increased visceral fat (pun intended) and eating processed foods. Indoles may help balance these levels out. In one study, supplementing with indole-3-carbinol from cruciferous vegetables for just 7 days cut the estrogen hormone estradiol in half for men. Another study found indole supplementation significant increased urinary excretion of estrogens among men. So, indulge in indoles! Enjoy a big bowl of roasted or steamed broccoli (or cauliflower, cabbage or brussels sprouts).

If you have any questions regarding your Testosterone levels, be sure and talk your doctor and make sure they run the correct testing for your situation. As always, the Doctors at Gateway Natural Medicine are happy to answer your questions.