Genetic Testing for Detoxification—Missing Link in Drug Effectiveness and Safety 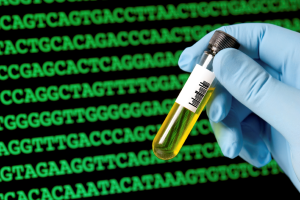 The term “detoxification” gets thrown around a lot, especially this time of year yet the importance is often overlooked. Anything and everything that enters the body, from topical application or oral administration, must be processed and detoxified. Often times patients detoxification pathways are dysfunctional. This can happen from over burden, stress on the system, or possibly a genetic defect.

Detoxification, in simplest terms, is taking a toxin and transforming it, through a series of steps, to a compound that is water soluble to be able to excrete it in the urine or feces. This is called biotransformation of a substance. A toxins can range from normal foods stuff to medications —nearly every substance is viewed as a toxin to the body in one sense or another. Inefficient detoxification cannot only cause an accumulation of these toxins, which leads to oxidative damage, but can also render certain substances useless.

Medications are formulated to alter enzymatic activity or utilize pathways to activate them.   For example, clopidogrel, commonly prescribed as “Plavix”, is an anti-platelet medication. It is considered a pro-drug meaning that it needs to be partially metabolized in the liver to perform its intended function. The hepatic enzyme that is necessary for clopidorgel’s

conversion is CYP2C19 (CYP=cytochrome P450). This enzyme is part of phase I detoxification that happens in the liver. Some patients can have a defect or SNP (single nuclear polymorphism) for this enzyme, which would result in a decreased amount of the active metabolite from the anti-platelet medication that your Doctor was looking for. Above and beyond the drugs effectiveness being diminished—current research indicates that a SNP in that CYP2C19 and taking Plavix (or other anti-platelets that use this enzyme) could greatly increase your risk for a coronary events, up to 500%!

There are many other genetic defects that should be assessed to ensure proper metabolism of drugs and also to see if your body is properly equipped to clear these medications once they have been utilized. Acetylation and glutathione production are a couple of the main ones. Genetic testing has made its affordable introduction into clinical practice. We can now test for phase I and phase II detoxification enzymes and other compounds that allow us to better assess not only effectiveness of the medication but also safety. Gastrointestinal health should also be established. Normal gut bacteria are involved in a process called first pass metabolism. First pass metabolism may help to detoxify nearly 40% of the medication you take. If this is not happening then you could stress the liver pathways leading to more oxidative damage. Feces are also a regular route for the removal of metabolized toxins. Patients on multiple medications pose an even greater risk as it may be hard to know which enzymes are being enhanced or suppressed by the combinations. Genetic testing for detoxification pathways may be the missing link to creating a safer and more effective treatment regimen regardless of your method.