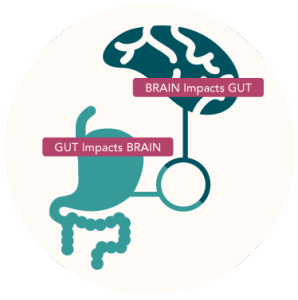 depending on the number, variety, and vitality of your gut microbiota, it can determine or be the missing link between autoimmune disease, diabetes, cardiovascular disease, pain syndromes and dementia?  Over 85% of the patients I see complain of some sort of gastrointestinal dysfunction.   In fact, nearly all of my patients with major complaints of depression express some level of bowel alterations.  The level of depression seems to be dependent on the severity of bowel dysfunction.  In other words, the worse the patient’s GI symptoms the more depressed they feel.  This is not a simple coincidence. If you do not move your bowels at least once per day, or you have fluctuations, constipation or diarrhea, you have GI dysfunction.  If you have gas and bloating or get sleepy following a meal, you have GI dysfunction.  Yes, these are all local symptoms; but how does this relate to brain function?

The bacteria that live in and on us account for 90% of our biochemistry and physiology and have a diversity of over 1,000 species in the gut alone.  Another way to say this is we are only 10% human!  You can start to see why we stress gut health so much.  These bacteria, in particular the gut microbes, are responsible for energy extraction from food—they take the macronutrients we consume and separate them into vitamins, minerals and other chemicals that our bodies need to function properly.  This is the obvious function of gastro-intestinal bacteria; but did you know they are imperative to proper hormone balance, brain function, cardiovascular protection, and detoxification of harmful substances?

I highly recommend probiotics on a regular basis in the acute phase of recovery and a semi-regular basis for wellness.  This varies slightly from the more common administration of probiotics.  I stress the importance of “semi-regular” administration of probiotic due to the genetic diversities and lifestyle of individuals.  In one study, published in PNAS 2010, they looked at African village children who ate many plants and then looked at Italian children whose food source was primarily starchy based carbohydrates.  Each produced different levels of bacteria, yet both were healthy.  A diet high in fat also shows alterations in the species present.  Administering “one size fits all” probiotics everyday for a long term could alter this natural balance and begin to cause its own issues.

In an article, published in BioEssays, 2014, it was concluded that different species of microbes prefer specific mediums for growth, such as bifidobacteria and fiber.  This is very important when we look at lifestyle modification in our efforts to alter the gut microbiota.  Consistently taking the same probiotic supplements everyday for long periods of time could cause crowding or inhibition of certain bacteria, which could be adding to the problem instead of fixing it.  Rotation of strains and brands, including specific dietary consumption of certain foods, will ensure the checks and balances are active for proper microbial growth patterns.

Let’s look at one patient.  This was a 26 year-old female that presented extreme brain fog, fatigue, and mental sluggishness. She had been suffering for years and had started to find it hard to function daily.  Everyday was a surprise as to how she would feel or what she would be able to accomplish. Stool analysis is a great way to assess not only the current beneficial bacteria, but the bad ones as well.  It is important to note that not all stool analyses are created equal. Certain labs specialize in culturing and detecting microbes.  I have seen numerous traditional stool panels come back clean when the more advanced ones would give us a lot more information and clues as to why the patient is feeling the way they are.  The advanced reports also allow us to look at inflammatory markers known to cause intestinal permeability and raise your risk for certain diseases, even cancer.

Results were received and the patient had higher than normal levels of a yeast species, as well as a pathogenic microbe.  So, how did the bacteria and infection in this patient’s GI tract affect her brain?  The answer is pretty simple but has been clouded by the over-specialization of medicine.  Each system of the body has a medical specialist- cardiovascular doctor, rheumatologist, etc.  This portrayal of the body makes one think that each organ or system are compartmentalized and do not have an interaction or reliance on another to thrive.  This is the furthest thing from the truth.  The body has a web like interaction between cells, organs, and tissues.

There are many mechanisms to this patient’s case, but we will breakdown the basic ones.Parasites, yeast and bacteria utilize sugars for energy.  The sugars are fermented, much like in the production of alcohol, and create a compound know as acetaldehyde and CO2 (carbon dioxide).  This fermenting is what can create the gas and bloating, as well as have an allergic reaction to acetaldehyde, which can lead to a gamut of symptoms and pathology.  Acetaldehyde is a similar compound that is created when you have that “hung over” feeling.  Imagine having these chemicals produced 24/7! 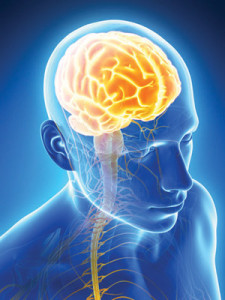 Some bacteria can produce a compound called lipopolysaccharides, LPS. LPS can up-regulate TDO enzyme (tryptophan deoxygenase) which takes tryptophan and converts it to kynurienine.  Why do we care?  The tryptophan is shunted from its normal product serotonin, which plays a major role in satiety, mood and sleep wake cycles.   This can lead to sleep disturbances, mental fogginess, and fatigue. This same shunting of tryptophan happens when we are exposed to pesticides such as glyphosphates (“Roundup”).  GMOs are to be avoided as they usually contain higher than normal pesticide exposure.  LPS can also cause immune activation in the brain and degeneration of the fatty tissue around our nerves that insulates them and allows proper nerve transmission.

An imbalanced gut will eventually lead to the breakdown of the lining and damage of the enterocytes in our intestines.  The enterocytes play many roles, but one major role is in the phenomenon known as “first pass metabolism.”  First pass metabolism is of the detoxification process of toxins.  It prepares toxins to be easily metabolized by the liver and excreted through the feces or urine.   If these xenobiotics (another term for toxins) accumulate, they can cause liver damage as well as enter the brain and nervous system to cause alterations in chemical signaling that could disturb movement patterns, speech, and thought processes.

I feel that the gastrointestinal tract has long been overlooked as a possible source of more serious conditions.  In my opinion, a thorough history of antibiotic use, xenobiotic exposure, lifestyle and, if merited, a functional stool analysis should be performed on every patient.  The connection between the gut microbome and many conditions that are predominant in America is obvious in my clinical practice and well documented in research.  We, meaning the Medical community as a whole, need to stop requesting more and more research while we blatantly disregard their evident and clinical relevance.