The study of genetics is complex. In 2003, the entire human genome was mapped and reserved for the scientific community. Recently this information, and the ability to test someone’s genetic profile, has made it to a clinical setting.  A simple salivary or cheek swab allows us to obtain nearly your entire genome.  We can take this data and analysis it, more specifically look for SNPs (single nucleotide polymorphisms). Genetic testing has been available for a number of years now but rather than jump on the “headline Medicine” train I wanted to sit back and study—I am not a fan of experimenting on my patients. I feel we are now at a point where we have good science to move forward with this test.

DNA is the universal code for all of us.  Strands of DNA code for unique proteins and enzyme that catalyze reactions in our body ranging from detoxification to turning on and off other genes. Small changes in your genetic profile, SNPs, can have a tremendous impact on health.  For a long time we have relied on blood work as the “gold standard” of medicine—but just like any test, it has its limitations. Blood labs mostly show the current activity in the body i.e.- what is your hormone status, thyroid function or if you have a current infection.  What if we could see how well certain metabolic pathways work BEFORE they manifest into symptoms like heart disease? Lets look at an example.

Nitric Oxide (NO) is important for vascular health, energy and is an anti-inflammatory compound. It is made in the body by converting L-arginine (an amino acid) with an enzyme Nitric Oxide Synthase.  If an individual was to have a SNP for nitric oxide synthase that pathway may be slow or inefficient.  Dosing this patient with high dose L-arginine could be potentially harmful; putting additional stress on the kidneys and building up ammonia and free radicals.  What if this was a ‘cardiovascular’ patient and we wanted to dose L-arginine to raise nitric oxide?  We could actually make them worse even though on the surface we are treating them correctly.  This is when genetic testing becomes powerful. This situation holds true for 1000’s of enzymatic reactions in the body.  Combine this information with blood and urine testing and we can finally begin to see the entire picture!

Here is a patient case:
34-year old female with 2 children presented to our office.  She has been suffering with depression for over 15 years.  Both natural and pharmaceutical approaches have worked for her in the past but they were short lived with almost a rebound like exaggeration.  Comprehensive blood panel was ran and came back unremarkable other than an active Epstein Barr Viral panel.  The virus was treated and her symptoms improved about 50%.

A genetic profile was ran and results were as follows:
Neurotransmitter metabolism was inefficient and erratic.  She had multiple defects in the enzymes that turn on and off neurotransmitters like serotonin and dopamine.  This would explain why she got temporary relief with the pharmaceuticals and natural remedies.

She also expressed defects in a pathway called methylation.  Methylation is perhaps one of the most important fundamental pathways we have in the body—it was what turns genes on and off, particularly the beneficial genetics.  These defects do not allow her to use her B vitamins properly, which was leading to fatigue.  It also was causing an increase production of ammonia and glutamate, which would cause brain excitation.  The over activation of the brain could lead to brain fog, fatigue, anxiety and even dementia.

With this information we supplemented her and changed her diet to reflect the results we obtains from her genetic test.  Within 30 days her symptoms decreased by another 30%.  She is scheduled for a follow-up in another month.

There are also many SNPs thought to have a correlation in other diseases such as depression, autism, Alzheimer’s, breast cancer and many others.  Knowing your genetic make-up will allow for a truly customized approach to wellness. This is the future of individualized medicine.

This test has become very effective in children with learning disabilities, ADD/ADHD, and even autism—being that it is a saliva test, compliance is very high with young children.  If a child is unable or still non-compliant we can run the test on both biological parents and make educated estimates on the child’s profile. 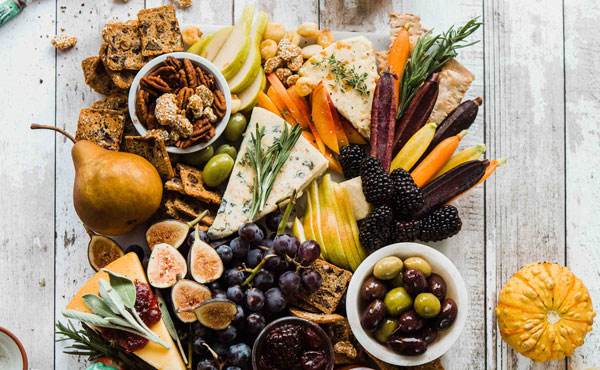 Our Healthy Holiday Handbook is filled with motivational tips to stick with your health goals through the holidays and some delicious and festive recipes!