I originally wrote about postprandial adrenergic syndrome (PPAS) in 2017 (Original Article Here) and even at that point in time, it had been a long time coming.  A decade of patients has come and gone some complaining of this strange syndrome, and we had no answers, no guidance, literally no information to go off of. As time has passed, naturally, we have learned a lot.  So much so that it was time to revisit.  Even though we’ve gathered quite a bit of data on this subject; not much has changed in the way of scientific literature.  We have been forced to research this clinically.

Brief Recap… The Basics of PPAS 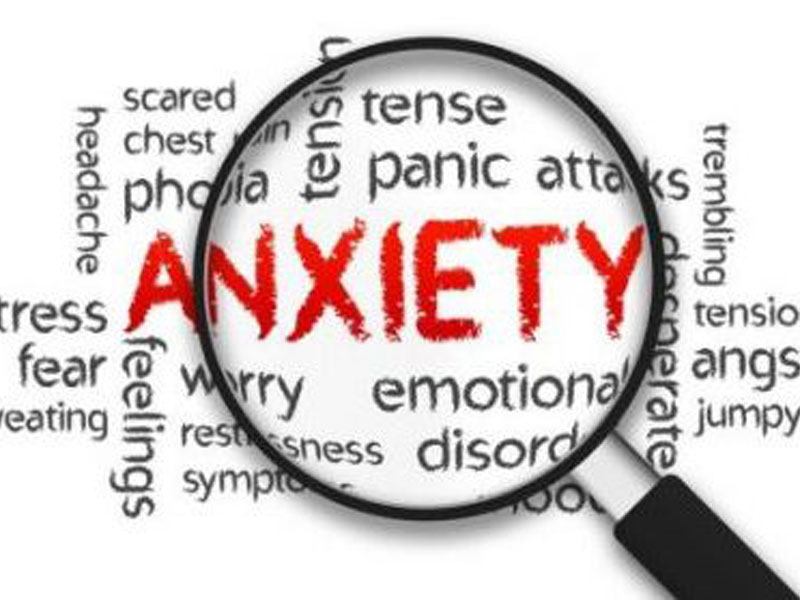 Postprandial adrenergic syndrome (PPAS) is a culmination of symptoms, usually anxiety-like, that comes on after a meal.  The most mysterious part, unlike allergies is that, there are no specific foods that seem to matter.  It is not a food allergy nor sensitivity, though you will still want to test for these as it could be a major contributing factor.  Do not be disappointed if testing doesn’t reveal your dietary golden ticket or magic wand.  It is common not to find much in the way of allergies or sensitivities.

Once allergies have been ruled out, the second most likely cause of the patient’s symptoms would be blood sugar.  Large fluctuations in blood sugar can lead to similar symptoms, such as feeling faint, rapid pulse and sweating.  One of the most reactive conditions is reactive hypoglycemia.  Reactive hypoglycemia is a state in which the body releases too much of a hormone insulin and drives sugar down too quickly.  This commonly happens after a meal and the symptoms fit nearly perfectly with PPAS:

There is one distinct difference between reactive postprandial hypoglycemia and postprandial adrenergic syndrome, and that is your insulin and sugar levels.  In postprandial hypoglycemia, your insulin will rise and your sugar will fall below normal.  In PPAS, your insulin and sugar likely result like any other patient.  We do not see higher levels of insulin like we would with reactive hypoglycemia thus sugar will be normal.  Actually, we commonly find higher blood sugar levels in these patients.  This is normally due to the stress response and not for some other pathological process.

There is a rather unanimous characteristic to meals that seems to matter.  The amount or size of your meal is a dietary feature that will decide the severity of symptoms.  Strangely enough, the larger the meal, the stronger the anxiety.  In the average patient, larger meals would normally induce more of a relaxing or even a sleepy or lethargic state.

What exactly is going on in these patients?

The jury is still out on the exact cause and mechanisms, but breaking this down fundamentally  may shed some light.  The act of digestion is supposed to be something that triggers the calming division of the nervous system.  This is the parasympathetic nervous system known as the “rest and digest” division.   In patients with PPAS, when a meal is consumed the exact opposite happens.  The sympathetic nervous system, the “fight or flight” division, becomes engaged.  Instead of being relaxed, you are filled with fear and panic.  This is the foundational construct of PPAS.  OK, now that we are all caught up from where we left off in 2017, let’s dive into some testing strategies and treatments that we’ve been exploring.

When working up a patient, we will come up with 2 sets of lists of labs to run.  We will categorize these lists based on priority.  Since we practice in a fee for service model, efficiency is key.  More on why we chose to stay out of the insurance model can be found here (linked to why your doctor doesn’t take insurance article).  For sake of length, we will concentrate on 2 ‘must haves’ in the world of diagnostics.  Cortisol testing (and potentially sex hormones, as well) and stool tests.

Cortisol, as we discussed originally, needs to be on the priority list of labs.  Unlike other chronic conditions where we see elevations in cortisol, in PPAS most patients will have low cortisol.  This is one of the reasons they find breakfast to be one of the lesser offenders of the meals.  Cortisol is naturally higher in the AM.

There is a time and place for all the different types of cortisol tests.  When evaluating a patient for PPAS, I like the idea of multiple salivary studies over a 24hr period.  An average or 24hr collection is too easy to get a false negative because the entire day is averaged.  Since many patients have some time of the day that is better or worse, we normally like to see the entire day in separate readings, instead of pooled together.  It is important for patients to keep a journal while they are collecting so we can overlap their symptoms to the time of day of the cortisol values.

What we are trying to tease out is if you currently follow the normal diurnal pattern and if there are any out of the ordinary cortisol levels at certain points in the day.

You can even use a cortisol test dubbed the Cortisol Awakening Response to look at the hypothalamus pituitary adrenal axis (you can read more here about this test here).  This is our preferred method, at this time, for assessing the overall stress response.  Briefly, it looks at cortisol multiple times for the first 60 minutes of the day.

To date, volumes of information have poured out over the last decade about the gastrointestinal tract and those microbes that inhabit it. The gut and the brain share similarities, especially as it relates to “feel good” hormones, such as endorphins.  This relationship can be altered by many mechanisms, such as antibiotics, diet and stress.  This is where stool testing can come in handy.  Discuss with your doctor the options available.  Technology has taken this test to a new level with more sensitive data and faster turnaround times.

Many studies have concluded the drastic difference between those who are stressed or depressed compared to ‘normal’ patients as it relates to their gut bacteria- types and amounts.  It is possible that those suffering from PPAS have a specific diversity or, possibly, even a single microbe, virus or parasite that has the ability to make this drastic emotional swing.  In these patients we do see higher levels of Clostridia species (but not ‘C. diff’).  This is not unique nor causative in PPAS, rather a commonality in these patients.

Due to the lack of evidence as it pertains to a specific species or pattern, broad spectrum antimicrobials may be best to incorporate in the early stages of treatment.

Thankfully, treatment protocols have been a bit more straight forward when compared to testing patients with PPAS.

Meal timing and size are going to be the center of the treatment conversation.  Then we embark on dietary intervention.

OK let’s break this down.

First, we need to get a rough account on the state of one’s digestive tract/mechanisms.  Categories of foods might need to be limited, such as high fat or fiber.  Some of this will be dependent on your microbiome (information you’ll get from a stool profile).  Each bacterium has unique metabolic needs, and certain foods may aggravate the balance of the GI tract.

It is important to keep in mind that Postprandial Adrenergic Syndrome is already categorized as a stress-based pathology.  This means any additional stressors can progress this condition.  We have identified the digestive process as a potential stressor so if there was a way, we could get nutrients in without involving so many of these mechanisms that would be ideal.

IV therapy is the first thing that comes to mind. Unfortunately, this is neither convenient nor affordable for the amount of time most patients will have to be on therapy. The next best thing is a diet that is nutritious yet easy to handle, as to not trigger the stress response.  A “bowel rest” diet is often employed.  A bowel rest diet is a diet that involves food stuff that is partially broken down to make it easier on the digestive system.  The most common version will be that of a shake or smoothie, or my favorite juicing.  A properly prepared juice can provide super nutrients with very little stress on the digestive tract.  Easily digestible protein may need to be added if the patient is only juicing for a number of months.  Collagen seems to be well tolerated.

Finally, the timing of the meal is very important.   The morning is the best time for larger meals, as the stress hormone, cortisol, is at its highest.  If this was our only chance to get in some decent calories and nutrients, then we want take advantage of it.   Until you figure out a pattern that works for you, make sure your meals are small; you may feel better fasting, but we do slowly want to introduce food, even if it’s a couple ounces of freshly made juice or a handful of raisins.

There are a few other aspects to look at as well.  Supporting the hypothalamus pituitary adrenal axis (HPA-axis) is imperative.  This can be done with a number of compounds, such as glandular tissue to botanicals and homeopathic therapies.  Discuss these options with your doctor and be sure to stay away from some of the more “stimulating” herbs in the beginning.  Look for compounds or formulas that promote calm.

We clearly have much to learn.  It is possible that one day we find out this syndrome is not a syndrome at all and rather the manifestation of some bacteria or virus. Perhaps it is adult onset anxiety due to some childhood trauma?  What we know now can at least help patients begin the healing process.  We will continue to report on this subject as we tabulate all our data over the next few months to years.